What is DPOS and why is ARKs the best? 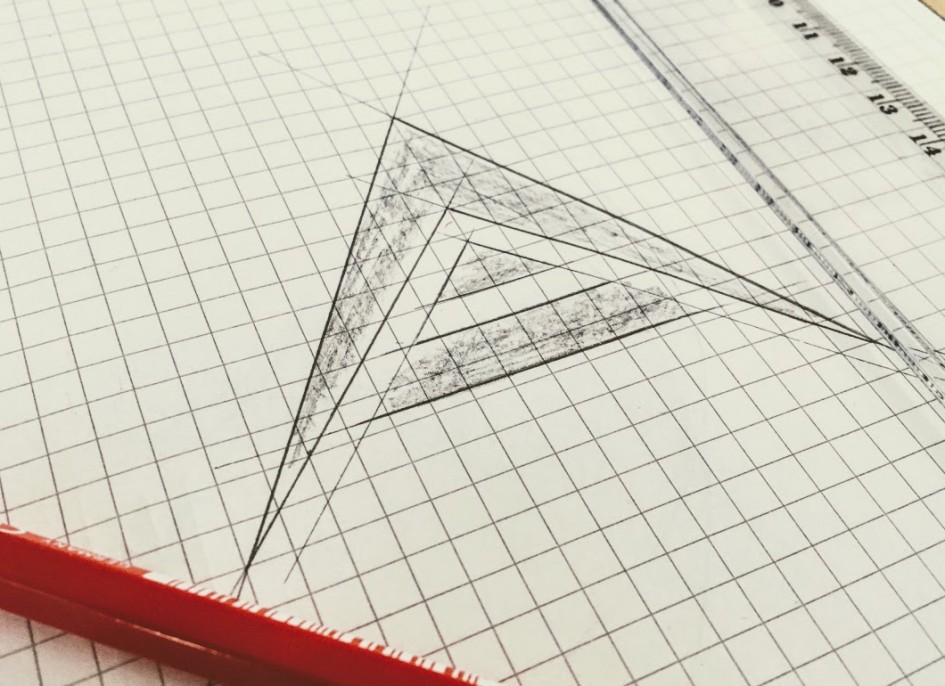 So you’re new in the crypto ecosystem and dont know what we’re talking about? In this article, i will try to explain the different methods used to generate coins and why the method ARK uses is king.

As i said, different coins use different methods to generate new coins, process the transactions and secure the network. You sure heard about “mining” of coins, especially Bitcoin (BTC). The system BTC uses is called “Proof of work” or POW. In theory, everybody can mine (work on) Bitcoin with his home PC. A lot of people did so when Bitcoin started off. However, there is a steady increase in mining difficulty making it unprofitable to mine it at home as the energy needed costs more than what you generate in Bitcoin. That is why most of the Bitcoin generated are mined by big mining pools and mining companies with special asics, leading to centralization.There is also the problem of the ever increasing need for power to mine Bitcoin. As of right now, mining BTC uses up as much energy as the whole country of Morocco. You can take a look yourself at the Bitcoin Energy Consumption Index. I think that is an absolutely crazy waste of our natures resources. And it looks like other people think so too.

That is why other methods to process the transactions where conceived. For instance, there is “Proof of stake” or short POS where you put your coins in your wallet and stake them. Now it is you, that is securing the network of your coin of choice and you get staking rewards! Horray! There is, however, i bit of a problem here. You have to keep your PC running and online to stake because your wallet is now a node for the network. Keeping 20.000 PCs on all the time is not the most efficient way to drive your network and dont get me started on eco friendliness…

That is where DPOS appears, smashes the door, enters the stage and kicks everybody’s ass.

DPOS is short for “Delegated proof of stake”. That means, someone else, a delegate you trust, is staking the coins for you, receives the rewards from the network and gives a share of those rewards back to you. You don’t have to send your coins to that delegate, you simply vote for him. With ARK, the delegates with the most votes become forging delegates. Forging is a bit like mining but without the crazy power consumption. Voilá, you have an eco friendly and hassle free method to generate new coins, secure the network and process the transactions. And you get free coins for doing nothing more than to vote for your delegate of choice.

ARKs DPOS is not the only DPOS system around. There is other coins that use DPOS too. For instance Lisk, Bitshares, RISE and a few more. The number of forging delegates also depends on the DPOS system used. For instance while ARK has 51 delgates,  Lisk has 101. A key difference between ARKs DPOS and the other systems is that while you have multiple votes with the other systems, with ARKs you only have 1 per wallet address and that is making it more democratic. I see the question marks appear over your head. You’re asking yourself why its more democratic to have only one vote, right?

You see, in the last weeks there has been a bit of bad blood in the ███████ community. Some voters are not happy with the rewards they get. Why? Because some delegates pay out only 25% or less of the ███████ they generate. Why only so little? Because they can. In ARKs system that would not fly. You would get unvoted and drop out of the top 51. But because ███████ system allows for multiple votes, delegates share votes with each other, forming a “cartel” and thus keeping all the big guys forging delegates even if they pay out only a small percentage of the forging rewards. Booooohhhh!

There is another piece of the puzzle where ARK shines. Its the problem of inflation. 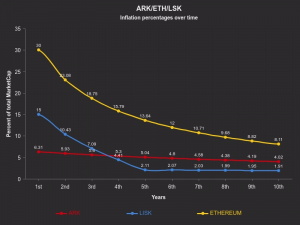 You see how stable ARKs inflation is? That means your coins wont dramatically lose value just because the amount of coins is exploding.

So guys, what are you waiting for? Buy some ARK, install the wallet, transfer your ARK to the wallet, vote for a delegate whose proposal you like (or that pays you the most) close the wallet (or maybe keep it open because ARKs wallet is by far the best and most beautiful around) and wait for your rewards.

Disclaimer: In a previous published version of this article i named the coin where there is a bit of discontent brewing with some of the delegates. I removed the name now, because its not my goal to instigate some kind of coinwar. I have nothing against ███████. I even owned some myself for a while and propably will again in the future. I just think that the DPOS system they use is inherently flawed and gets abused by some big holders/delegates.